For Björk, one positive thing about the pandemic was that it finally gave her the chance to establish a rhythm in her personal life. “It did for me what it did for a lot of musicians in that I got to go against the grain and be home for two years without going to the airport once,” she said. “Traveling and touring can be glamorous, but it can also be uprooting.” Embracing the downtime made the 56-year-old singer-songwriter feel like she was a teenager all over again. “I hung out with the same group of people—10 of my childhood friends live within walking distance—and some of us would do dinners and then wind up dancing on my living room floor. Everyone would be home by midnight,” she added with a laugh.

When she wasn’t bopping to pop songs (“Sometimes you just want a Beyoncé track on a Friday night”), Björk would walk along the beach outside her home in west Reykjavik or hike through the Icelandic mountains. “I also have a local café and a swimming pool close by that I go to. It’s a beautiful little village,” she told me from her home last month. “If I felt like it, I could see a friend at four o’clock, and then decide to have dinner with my sister in the evening,” she said. This homecoming, of sorts, led to recording Fossora—the title of her first album in five years and 10th one overall—releasing September 30. “It’s a word that I kind of made up—there’s a masculine [Latin] version of it—but Fossora means ‘she who digs,’” she said. “The new album is my way of describing just being at home and living in my little hole, hunkering down with friends and family and putting down roots.”

The truth is that Björk has always been a homebody at heart. “When I was a teenager, everyone around me was excited about traveling the world and getting famous,” she said. But the singer’s mind was set on a different track. “I didn’t want to move abroad, yet I’m the one who ended up living internationally and having that kind of lifestyle,” she said. When her alternative rock band, The Sugarcubes, broke up in 1992, Björk left Iceland to pursue a solo career in London, but she believed that she would be back before long. “I initially thought I would return to Iceland within three years,” she said. “Even when I lived in London and then later in New York, I still spent 60 percent of my time in Iceland, so really, I was in Iceland the majority of the year, even when I didn’t live here.” 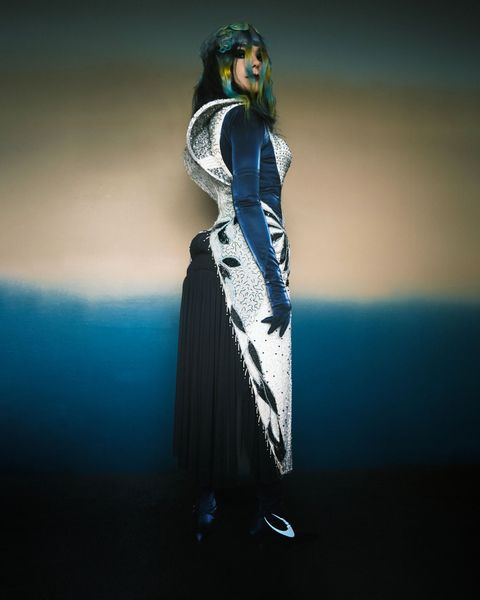 Björk’s life outside of Iceland has included riding the wave of 15 Grammy nominations, an Oscar nomination, and bids for just about every other music award imaginable. She has been on the TIME 100 list of world’s most influential people and, to date, she has embarked on 11 global concert tours. Fast-forward to fall 2021, Björk started doing shows in Iceland after restrictions began to ease. “That was really special because I hadn’t played live for two years,” she said. “I could just feel the energy of how the audience was absorbing the music: it was as if it was their very first time at a concert. They all had virgin ears again,” she noted. This year, the artist’s life has dialed back up. In the spring, she starred in The Northman opposite Nicole Kidman and Alexander Skarsgård, and over the summer, she had tour dates across Europe. (She has performances mapped out in South America later this fall.)

The heavy woodwind arrangements on Björk’s new 14-track album are born from a sextet of bass clarinets, and there are also some mushroom underground sound waves mixed in (as heard in the song “Fungal City”). Musically, it’s a lot more organic than the dreamy, airy soundscapes she’s accustomed to. “It’s the sonic opposite of Utopia [the album she put out in 2017] in that Utopia was composed of airy, high-pitched sounds, but Fossora has a lot of bass—it’s earthy and punchy that is more from-the-stomach,” she said. She calls it folk music for the 21st century, and many of the songs are folksy by nature: “Fagurt Er I Fjördum” is an Icelandic poem by the 18th-century fisherwoman and drifter Látra-Björg. “If you listen to folk songs from around the world, they actually have very complex lyrics and melodies and I feel like I’m continuing this tradition.”

Fossora means ‘she who digs.’ The new album is my way of describing just being at home and living in my little hole.”

But that doesn’t mean there aren’t any pop moments, she added. “Some songs will make you stand up and dance, while others will make you sit down and contemplate life.” “Freefall,” for example, is a poignant love song, with lyrics like: If we cling to what we used to be / It will burn our soul / We will get hurt / Unless there is absolute trust / Then we will become one.

The album is made up of many moods and expands on Björk’s stylistic range. “I think all of my albums are emotionally diverse,” she said. “As a musician, I can’t control how the world perceives me, but I remember times back in the ’90s when people thought that all I did was sing songs about clubbing. So when they listened to Post, they were surprised. That album has pop beats, but it also has experimental and introspective nuances, like in the song “Cover Me”. I have always fought hard to be a female artist who could make a sad song, a humorous song, a sexy song, a bossy-bitch song, a vulnerable song—and show that I could access all of that.” 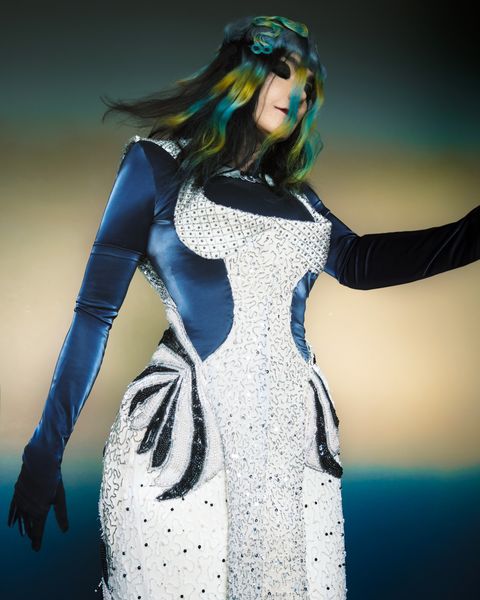 Björk wants fans to listen to her new album “really loud for the first time at least.”
Vidar Logi

Two songs on the album are about the death of her mother, who passed away in 2018 after a long illness. “‘Sorrowful Soil’ was written before my mother died—it was around the time that my brother and I realized that this was the beginning of the last chapter of her life,” she said. “The song is sad in tone, and it’s typical of what people feel before an ailing parent passes away—that whole beginning of the last part of their life.” “Ancestress,” by contrast, celebrates her mother’s life. “It’s a different mood. Really, it’s my eccentric way of doing an epitaph or a eulogy,” she said. “Normally epitaphs are patriarchal in nature in that they only list the facts about a person: she was a mother, a furniture maker, or had such-and-such university degree.” Instead, Björk wanted to elaborate on the emotional parts of her mother’s life and present the song in a matriarchal way that encompassed the essence of who she was. She felt that having her son Sindri sing backup vocals for the funeral song for her mother was fitting. “My mother was only 40 years old when he was born,” she explained. “They had a very close and special relationship.”

Maternal themes struck a chord with Björk in more ways than one. “Her Mother’s House” relates to Björk’s own daughter Ísadóra leaving the nest (this past summer, she made her modeling debut in Italian fashion brand Miu Miu’s jewelry campaign for its fall/winter 2022 collection). “It’s also about me trying to be graceful about it,” she said with amusement. Ísadòra collaborated with her mother on both the writing and singing. “I have a very strange sense of humor that people don’t get sometimes, but it’s a humorous song about me being a kind of pendulum who either clings on too much or lets go too much.”

Everyone has periods in their lives that are in need of airing, said Björk. “I don’t think it’s a coincidence that new albums, films, and books are released every three to five years. It’s only when you look back and think, ‘Oh my God, that was the end of that part of life where I had to start from scratch.’ We’re not all artists, but I think we all have related themes that we go through. We have a sort of reckoning where we think about what we want to keep and what we want to leave behind. I try to document that in my music.”

Björk believes that Fossora is the symbolic start of a new chapter. Her advice for listening to the album for the first time? “I would love it if people could play it really loud for the first time at least,” she said. “This way they can take hold of that warm, hole-in-the-ground feeling and really live inside of it.”

Wendy Kaur is a Toronto-based lifestyle, beauty and fashion writer whose work has been published in British Vogue, ELLE Canada, InStyle, FASHION, FLARE, and others.

What to Know About Taylor Swift's 10th Album

Blackpink Puts Us in Our Place in 'Shut Down'

Adele Reveals the Stories Behind Her Hit Lyrics

The Glorious Age of Adele

How Does It Feel to Be Doechii?