During Netflix's Tudum day, Reese Witherspoon and Ashton Kutcher revealed more details of their anticipated romantic comedy, Your Place Or Mine. Though both actors are well-known for their contributions to the genre, they've never been paired up before. It should be an exciting cross over for lovers of love stories.

Here's what we know so far.

Who stars in Your Place Or Mine?

The stars are obviously Reese Witherspoon and Ashton Kutcher, and they have a stellar supporting cast including Steve Zahn, Tig Notaro, Griffin Matthews, Zoe Chao and Jesse Williams. The film is directed by Aline Brosh McKenna.

Is there a trailer for Your Place Or Mine?

Viewers did not get a trailer during Tudum, but they did get an adorable promotional video in which the film screen couple riffs about their romcom dreams. 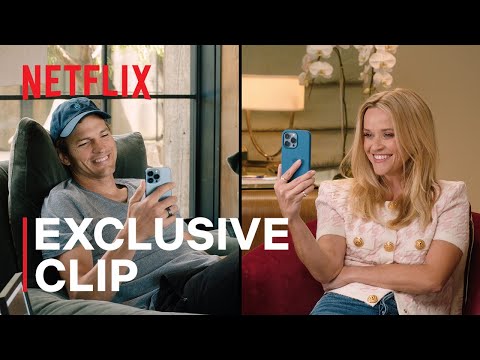 It's the first time the big name celebs have starred opposite one another, and Kutcher says in the video that she was someone he'd always dreamed of filming a romcom with.

“Ashton! That is so sweet!” Witherspoon responded to the reveal. “That is literally the nicest thing you said to me.”

He then pulled the rug out from under her by saying, “It’s a great line, it worked on Natalie Portman and Cameron Diaz. It’s a lady killer!”

Kutcher played the male lead against Portman and Diaz in the films No Strings Attached and What Happens in Vegas.

What is Your Place Or Mine about?

The FaceTiming is thematic to the movie, which is about two friends who live far apart. Witherspoon's character, Debbie, had left town to pursue a lifelong dream. Kutcher's Peter offers to help care for her teenage son.

When is Your Place Or Mine coming out?

The film will be premiering on Netflix on February 10 of 2023.